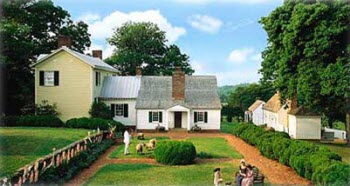 Just less than one hour away in Charlottesville, Virginia, sits the former home of President James Monroe. This famous house turned museum has a world of hidden secrets to bestow upon you. With 535 sprawling acres of working farm and a performing arts center on site, there is ample space to enjoy the plantation our fifth President called home.

James Monroe wasn’t just any President; he nearly doubled the size of America and was the last of America’s four other founding fathers to serve as President. Every bit of history holds a number of hidden secrets. Here are 6 you should know before visiting Ash-Lawn Highland.

Four out of the five men who founded America were born in Virginia. These four are now known as the Virginia Dynasty and they include: Thomas Jefferson, James Madison, James Monroe, and John Adams. James Monroe was a part of this iconic league; his house offers a glimpse at what life was like in his rather monumental shoes.

You won’t only be getting a taste of Monroe’s history here. As a part of the Virginia Dynasty, Monroe never had a shortage of high-end guests staying at his home. In fact, it’s said that the Monroe’s first dinner party at this home was shared with the fourth president, James Madison and his wife, Dolly. Another frequent houseguest was Thomas Jefferson, a close friend and mentor to Monroe. After returning home from the American Revolution, Monroe studied law underneath Jefferson- it was then that their lifelong friendship began. In fact, right next-door sits Jefferson’s old estate. 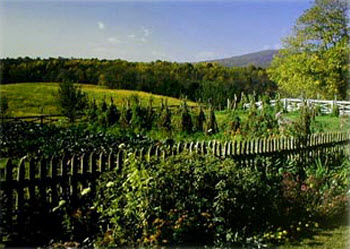 James Monroe is known for his special affinity for Virginia. It all started when as a young man he became a part of the Virginia General Assembly in Richmond. From there, Monroe built up his career going on to write laws for the state. Elected governor for 4 terms, Monroe couldn’t get enough of Virginia! After his close friend Thomas Jefferson founded the University of Virginia, Monroe fondly helped govern it. Even post- presidency, James Monroe rewrote a new constitution for the State.

Originally buried in New York, Monroe was later brought to rest in the place he truly called home: Virginia.

If Furniture Could Talk

The house isn’t the only piece of history. So are the collections decorating the inside.
Vintage furniture and décor that are from Monroe’s own collections are on display. Enjoy the royal china the couple brought back from France, on display in a glass cabinet. Look for Marie Antoinette’s initials on the teacups, swooped with painted flowers and gold.

Much of the display outdates James Monroe; this place is packed full of amazing artifacts, Including a drop-leaf table that is made of Honduras mahogany and was sent as a gift of gratitude from the people of Santo Domingo because they were so appreciative of Monroe’s stance on foreign policy. In the dining room is a table that was used by the Monroes in the White House, showcasing early American furnishings at their finest.

If the décor inspires you, check out the gift shop. It isn’t selling your typical tourist bobble-heads; there are some gorgeous things for sale—inspired by the old fashioned charm brought to life in this tour.

Bump in the Night

The question everyone wants to know is… is Ash Lawn-Highland haunted? While some people report a particular rocking chair swaying on its own, many tour guides comment that they have never seen anything out of the ordinary.

Unlike many other Presidential tours that can feel quite rushed, the peaceful atmosphere at Ash Lawn-Highland allows you to take your time, giving you plenty of chances to check in dark corners for shadows, shapes, and foreign sounds!

Besides soaking in the history, there is always an assortment of activities to keep you busy! The museum offers old-fashioned crafts like making candles, ornaments, tin lanterns, and even paper quilling. In addition, an assortment of colonial games will be in progress, join in for some traditional fun!

All visitors are considered friends of this museum, and are invited to come back often for they are constantly at work restoring the place, adding new fun activities, and building on the Monroe family legacy.

To learn more and plan your next visit, check out the museum’s website here.