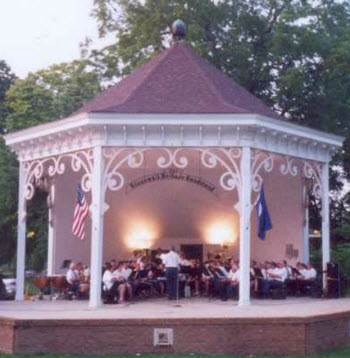 The city of Staunton has one of the best Independence Day celebrations in the Shenandoah Valley. America’s Birthday Celebration is held annually at Gypsy Hill Park. The park is a 35 minute drive from Cabin Creekwood, in the heart of Staunton. This patriotic festival is more than just a fireworks show. America’s Birthday Celebration is a three day event filled with food, music, and patriotic festivities. This free, family and pet-friendly event is an experience that rekindles a sense of community and patriotic pride.

The celebration begins with a concert performance by the Stonewall Brigade Band on the evening of Monday, July 2nd at 7:00 pm, at their name-sake bandstand in Gypsy Hill Park. If the bandstand looks familiar, you might recognize it from the election scene in the 2007 movie, Evan Almighty, parts of which were filmed in Staunton. The long-established Stonewall Brigade Band is the nation’s oldest continuous community band. Band members are not only from Staunton, but from other parts of the Shenandoah region as well.

Festivities continue Tuesday, July 3rd at 3:00pm with Senior Bingo and the opening of concession stands, craft vendors and exhibitors. Among the vendors, local area churches, volunteer fire departments and other non-profit community groups run many of the concession stands in effort to raise funds for their organizations. At 4:00pm, Buffalo Brothers Amusements will have their carnival rides up and running. Bring money to purchase cotton candy, ride tickets and play carnival games. At 6:00pm a Vesper service is held at the park by local churches. The service is conducted out of respect and honor of our heritage, as well as to ask for blessings on our nation.

Independence Day’s morning events start bright and early at 7:30am with The Blue Ridge Road Runners’ 2012 Firecracker 5K Run. Registration is free, so get your running shoes on and join the race! The annual America’s Birthday Celebration Parade starts at 10:00am. The parade circles through Gypsy Hill Park, starting at the Thornrose Ave. gate, then exits the park through the Churchville Ave. gate. One of the highlights of the parade will be President Woodrow Wilson’s restored 1919 Pierce-Arrow limousine.

The afternoon events start with Children’s hour from 12:00pm to 1:00pm, carnival rides open after the parade. From 1:00pm to 3:00pm, the 2012 Classic Country KDW/Country KCY Texaco Country Showdown will be held at the Stonewall Brigade Bandstand. The Texaco Country Showdown is a talent competition searching for the next, big country music star. Come watch would-be stars as they strive to get their “big break” in the music biz. A local of the Shenandoah Valley, musician Jeremy Staubus performs with his band from 3:00pm to 4:15pm. The afternoon performances end with Last Minute Band, scheduled to perform from 4:15 to 6:00pm. 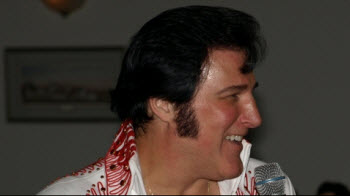 At 7:00pm, the last performance to play on the Stonewall Brigade Bandstand will be “world champion entertainer”, Michael Hoover performing his show; “Memories of Elvis”. The impressive fireworks presentation is scheduled immediately after the last performance and closes the festivities of America’s Birthday Celebration.

Bring a picnic blanket or your fold up chairs for your family to enjoy the July 4th, evening events. Just a short walk from the bandstand, the duck pond is a common gathering place to watch the fireworks show. The open sky above the pond provides a better view of the fireworks. When the fireworks burst in the air, exclamations of amazement will be heard from excited kids all around the pond. There is a great spirit of patriotism among the crowd of different colors, religions, creed and financial means; they are all Americans celebrating our country’s birthday together.

For More Information Check Out These Websites