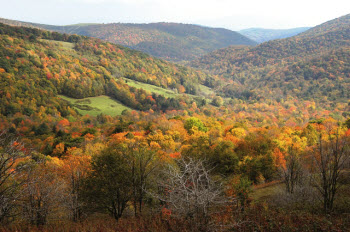 Learn the reasons for these differences so that you will be an educated visitor, one working to protect the sanctity of these important landmarks.

What is a National Forest?

“Only you can prevent wildfires” -Smokey Bear

Smokey Bear is a popular mascot used by National Forests as a rather hands-off campaigning approach. Smokey Bear encourages the conservation of the Forests he represents by asking everyone to do their part in maintaining the environment we all share. National Forests are usually free to access as well.

Creekwood cabins are surrounded by the George Washington and Jefferson National Forest, a huge expanse—extending the width of the Appalachian Mountains! This one conglomerate used to be two separate forests until combined into one in 1995. Now stretching over 1.8 million acres, this is one of the largest publicly owned land masses in the US.

What is a National Park?

“Leave only footprints, take only pictures.” 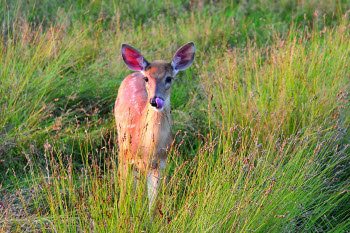 A far less “public approach” to land preservation, Government owned National Parks are dedicated to preserving the environment, not turning them into ski-slopes for vacationers. Instead of leaving a lot of the responsibility on the masses, National Parks create stricter regulations that keep control of conservation in the hands of the Government. The idea behind a National Park is to leave it in the exact condition that it is in today, for the future generations of tomorrow. With these expectations typically comes an entry fee, but rest assured the money goes towards the upkeep of the monumental park.

The morals of a National Park keep hunters, pets, and recreational sports largely out. Imagine if your dog saw a big bushy skunk walking down the path, most dogs will go crazy. This disrupts the environment and causes unnecessary trouble, leading some National Parks to place a ban on pets. But before leaving Fido at home, it’s always worth looking into. Many National Parks make exceptions, allowing pets on the main roads or in designated areas.

With over 84.9 million acres of land now dedicated to preservation, Ulysses S. Grant would be proud. After all, he was the President who signed the Bill enacting Yellowstone as America’s first National park in 1872.

Although National Parks take a less public-approach in their preservation, the public is still encouraged to donate their time. In fact, in 2007 over 150,000 individuals volunteered, accumulating over 5.1 million hours- a labor savings of around $92 million!

One of the benefits of stricter restrictions is the vast array of wildlife to observe. With habitats undisturbed by hunters and tag-along pets, visitors will enjoy a large variety and quantity of wildlife typically unseen at a Nation Forest. Take for example, the nearby Shenandoah National Park where the largest population of American black bears resides. Among 48 other known mammals to spot, there are countless White-tailed Deer trotting around, almost completely unafraid of humans!

In life, everything is about balance. We must have landmarks that allow us freedom for fun, but we must also have landmarks carefully preserved for future generations. No matter where you are be kind to nature by showing your appreciation for all the magnificent beauty this world has to offer.

To learn more about nearby Shenandoah National Park, click here.